Binding embroidered with the monogram of Marie de Medici 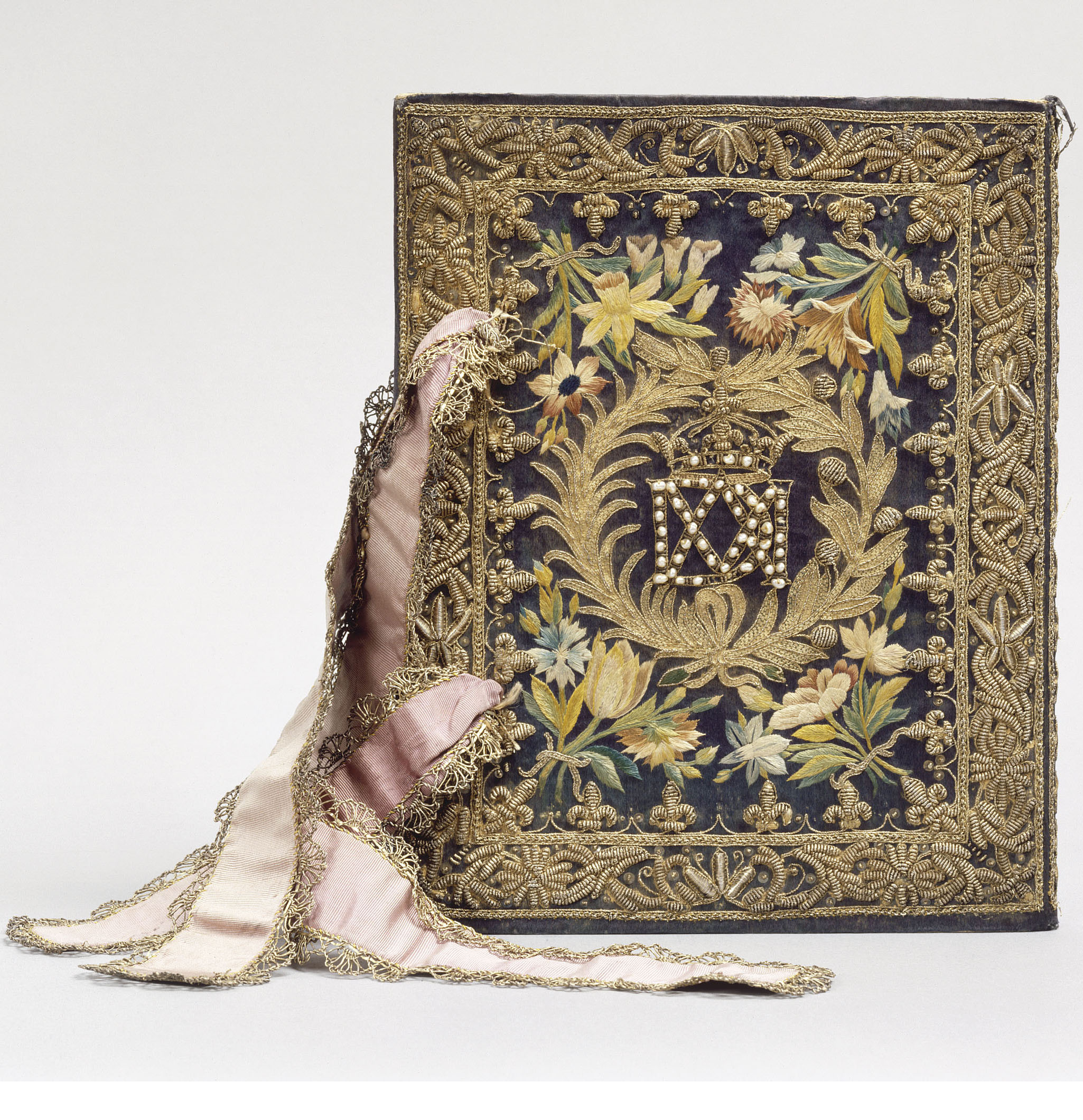 Binding embroidered with the monogram of Marie de Medici - 1629

It is one of the rare embroidered bindings made in France under the reign of Louis XIII to have been preserved, and the only one featuring a natural floral decor.

It was given as a present to Marie de Medici in 1629 by Abbess A.-H. de Beauvilliers, Abbess of Montmartre, whose abbey became a major place of devotion to Saint Denis in the 17th century. 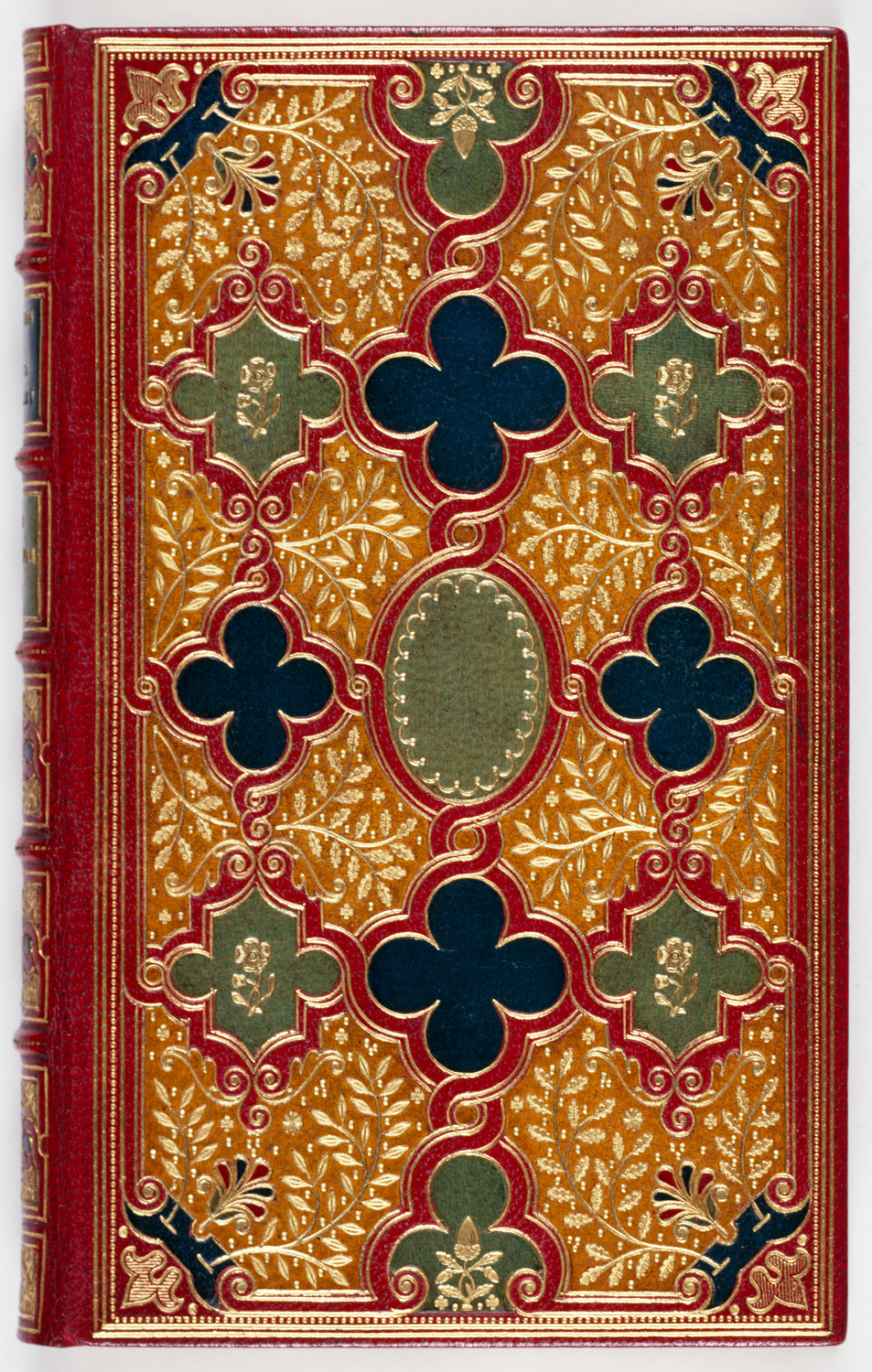 Trautz first worked in de Bauzonnet’s studio. He became an associate of the latter and succeeded him in 1851.

An extremely talented gilder, Trautz was the most highly reputed artisan of his time. He created 23 “mosaics” between 1840 and 1878 for several major enthusiasts, always for precious antique books.

This one was created for the bibliophile Armand Cigongne in 1855: the blue, green and lemon leathers inlaid in the red morocco and the finesse of the gilt leaves make it a masterpiece of binding.