This compilation, also called the Fables of Bidpaï, was composed in India before 570 and spread in the West from the 13th century in a Latin version.

It was intended for the moral education of princes.

At the end of the 15th century, a painter who was perhaps of Flemish origin renewed its illustration at the request of the Count of Württemberg, a bibliophile who commissioned the German translation. 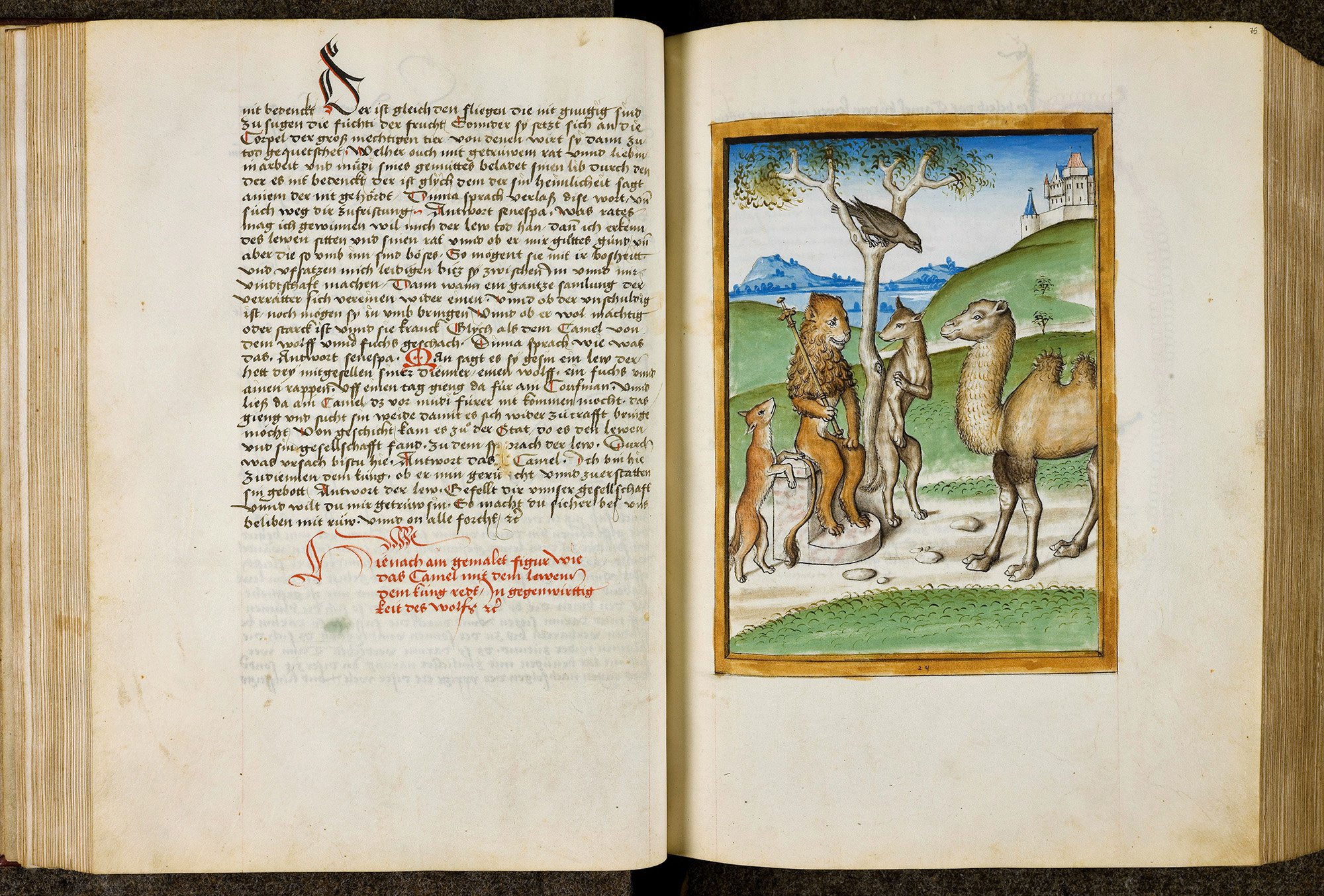