The oldest manuscript fragment in Chantilly is a sheet taken from the Registrum Gregorii, illuminated by an artist from the Trier School in the 10th century.

It depicts the Emperor Otto II (973-983) on his throne, surrounded by four allegorical female figures representing the provinces of Germania, Francia, Italia and Alamannia.

Inspired by classic ancient art and byzantine models, the portrait was probably produced when the Emperor was still alive or shortly after his death, commissioned by Egbert, Archbishop of Trier and a major patron of the Ottonian Renaissance.

The portrait, which was in the Rotunda of the Condé Museum for a long time, is now protected from light. 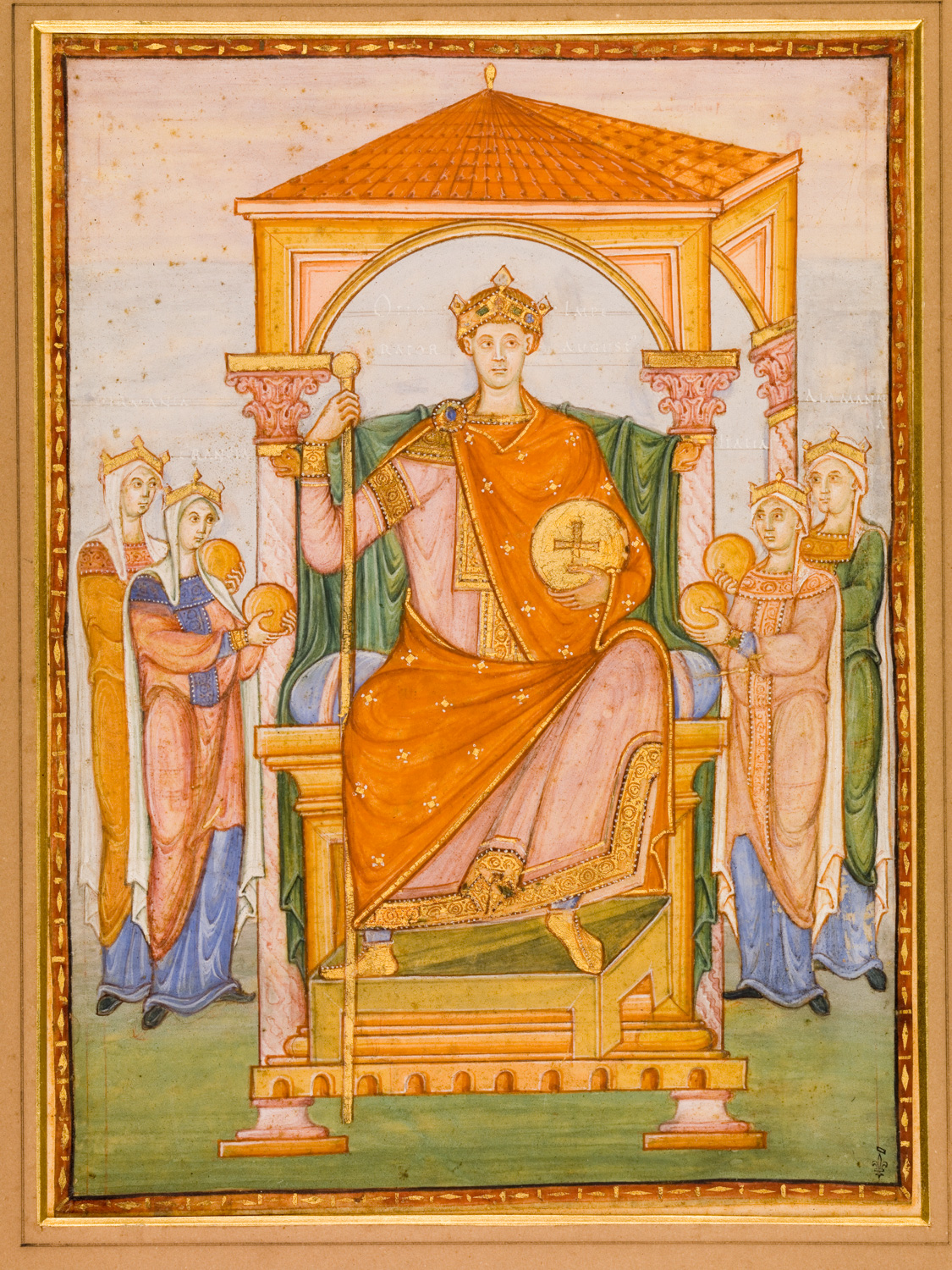